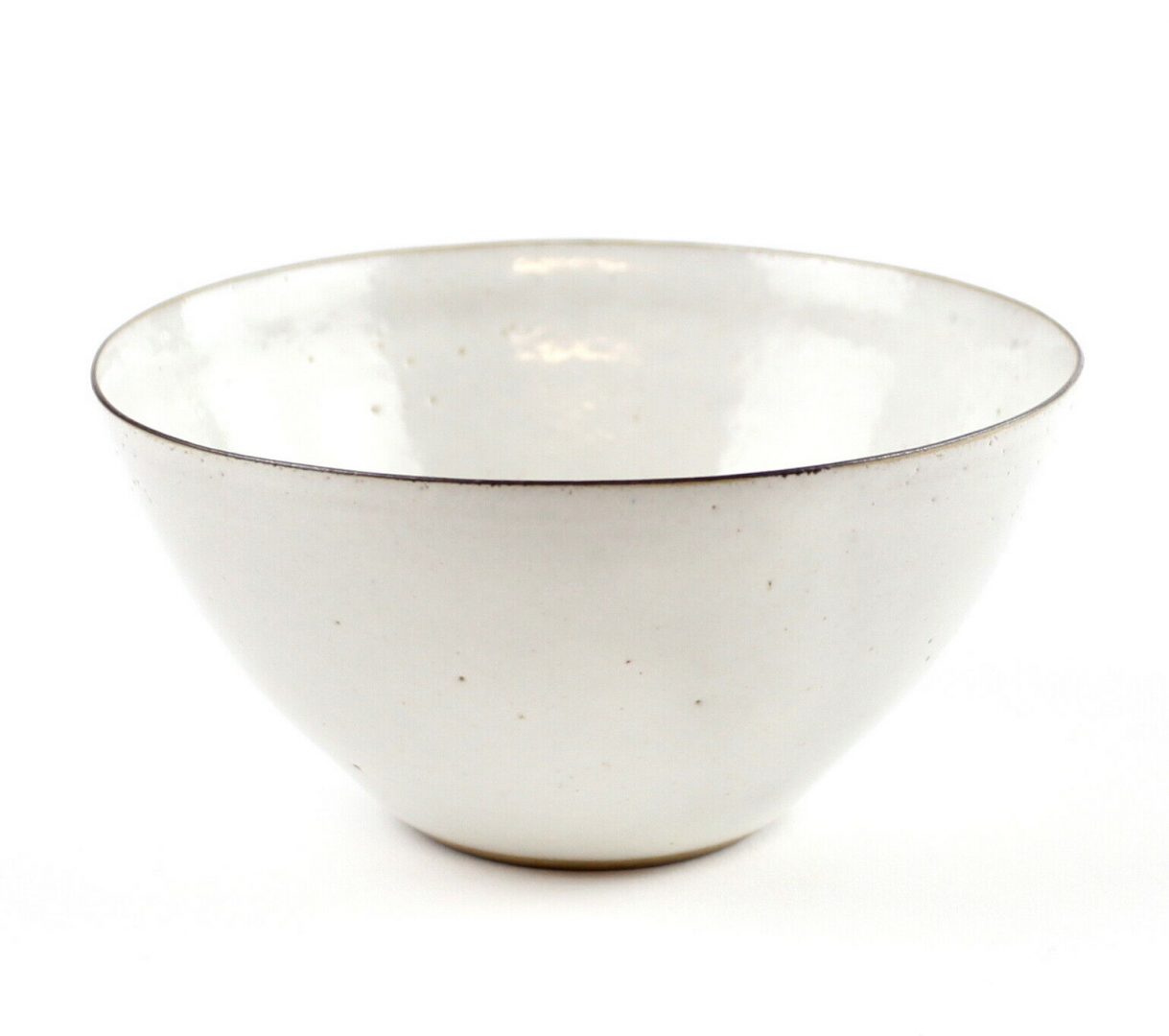 Contemporary British ceramics, often referred to as studio pottery, rank among the strongest subsets of today’s art and antiques market. In the 1980s and 90s the field was sustained by a coterie of enthusiasts and a handful of dedicated dealers. Fast-forward 30 years and the customer base has broadened. Decorators looking for pieces which complement modern interior trends are key buyers and frequently it is a younger international collecting audience, who would not look twice at a piece of 18th or 19th century porcelain, that is leading the way.

One of the superstar names of the collecting sphere is Dame Lucie Rie (1902-1995). The Austrian émigré was already trained at the potter’s wheel when she fled Vienna in 1938 for a studio at Albion Mews in Paddington, London.

She was a life-long experimenter – typically overseeing all stages of manufacture from the modelling and throwing of clay to the firing, decorating and glazing. She is best remembered for her bowl and bottle forms that can be found today in the collections of most major museums.

In recent years prices for Rie have begun to challenge the traditional artistic pyramid that places painting and sculpture at the top and the applied arts somewhere towards the bottom. Between 2014 and 2016 bidding for Rie bowls reached new heights, the auction record broken on a succession of occasions before a 9in (22cm) footed porcelain bowl in white with blue concentric circles took $170,000 (then about £140,000) at a New York auction

Prices for the sculptural, often non-functional stonewares, created by her protegé Hans Coper (1920-1981) have climbed further still. In February 2018 one of Coper’s Cycladic-inspired ‘arrow head’ vases took £305,000 at auction- a new high for any piece of British studio pottery.

Needless to say, more budget-conscious collectors can’t compete when Rie’s most commercial work appears for sale. However, there are still pieces by the doyenne of the British studio pottery movement that remain more affordable – the wartime glass and ceramic buttons she produced for the Bimini factory, or the monochrome domestic wares that were her stock in trade. PM Antiques & Collectables currently have a simple 14cm stoneware bowl with a speckled white glaze and a brown line rim (illustrated above). Marked to the base and in perfect condition (always an important consideration for buyers in this field), it is priced at £3600.

This contemporary Contemporary British Ceramics market has grown in recent years to include a wider number of first, second and third generation potters. The three ‘big’ names of Bernard Leach (1887-1979), Rie and Coper have been joined at the top table by artists such as Abdo Nagi (1941-2001), John Ward (b.1951), Mary Rogers (b.1929), John Maltby (b. 1936) and Edward de Waal (b.1964). All have enjoyed record prices in recent years. Some major London galleries are now selling these works alongside ‘Modern British’ art.

Much lower down the price scale is the work of Peter Wills (b.1955), a professional potter in the South Wales since 1989 whose range of bowls influenced by the colours, textures and forms of Rie are made on the wheel using a blend of English clays. A 28cm footed bowl with incised decoration on a blue ground is priced at £300 by PM Antiques & Collectables (illustrated below). “It’s a great piece, very much in the Rie tradition but, of course, a fraction of the price” comments founder Phil Mires. 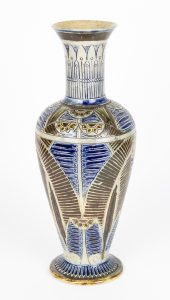 PM Antiques & Collectables, one of a number of new-look antiques dealers who are using the internet as their key shop window (www.pm-antiques.co.uk), stocks a range of Contemporary British ceramics that follow the history of the studio pottery movement from its Victorian inception. That includes the idiosyncratic stonewares by the famous Martin Brothers of Southall (an early vase from 1875 is priced at £1300, illustrated right) and slipwares by CH Brannam of Barnstable (a green-glazed loving cup dated 1903 is £150).

PM Antiques & Collectables also have affordable pieces by Walter Keeler (b.1942) and David Leach (1911-2005), two studio potters of international reputation. Keeler is the maker of the quirky and distinctive domestic wares in salt glaze stoneware that first made their mark in the 1980s. A textbook 11.5cm high jug with mottled blue and grey glaze is priced at £250. A Lowerdown Pottery tea cup and saucer c.1987 marked for Leach (who was taught to pot by Hamada Shoji) is ticketed at £80. In his early days at Lowerdown in the 1950s, Leach worked in the slipware tradition championed by his father but he later turned his attentions to stoneware and porcelains covered, as here, in pale green celadon glazes.

Among Mires’ favourite pieces of current stock is a white stoneware vase with a burnt orange glazed everted rim by Christine Feiler (b.1948) who lives and works in Penzance. This 37cm vase, thrown on the wheel by an artist whose work has been widely exhibited, is just £70.

“The market for studio pieces is very strong, particularly among the fashionable names at the top, but there are still good things to be found at more accessible price points” he says. 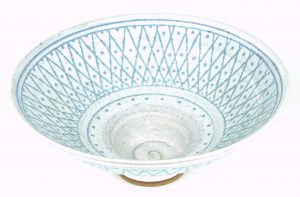