5 Things to Know About Carriage and Mantel Clocks 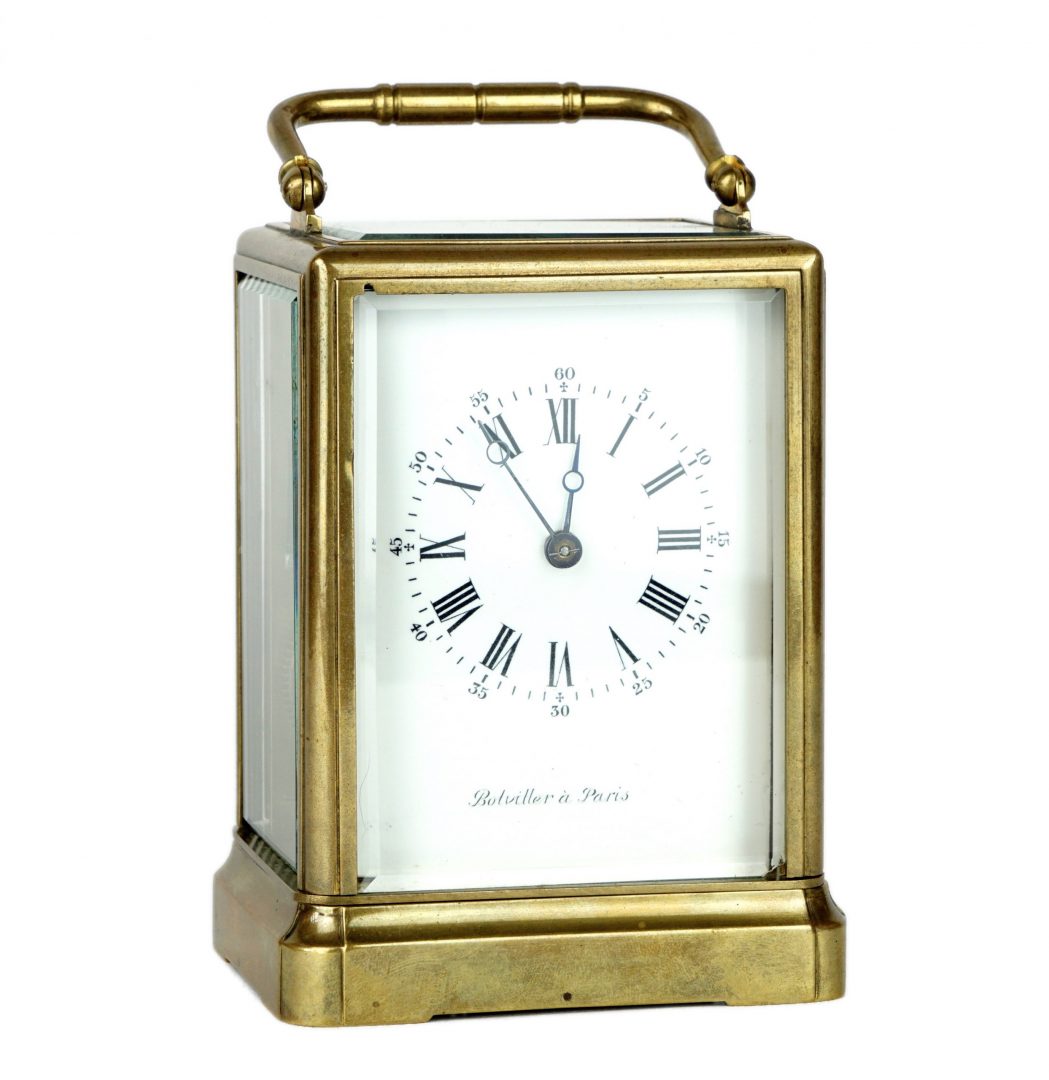 Is a clock actually a clock?

Essentially a timepiece is just a clock that lacks a sticking mechanism to announce the passage of time. This horological distinction is generally not made in everyday usage however.

What were they used for?

Carriage clocks/timepieces were designed for travelling. Therefore, they have a compact design, usually with brass handles for easy movement. When they were first created, they were traditionally a gift for retiring employees. Mantel (or shelf clocks as they are also known), were traditionally placed on a mantelpiece over a fireplace. Vintage antiques like these were bought by wealthy families and they grew increasingly ornate through passage of time.

The carriage clock is now a classic, with a gilt-brass case, glass walls and a top panelled of glass or porcelain generally bearing a carrying handle. A particularly superlative example may comprise a Grande-sonnerie striking mechanism (strikes every quarter-hour to indicate the time) with separate platform escapement. French carriage clocks can be very ornate and were sometimes made of porcelain or enamel, but usually just brass.

The American version was much simpler as it was mass-produced, they often looked inexpensive as they weren’t hand finished like their French counterparts. These clocks were often made of gunmetal with gilded or nickel-plate finishes. They were more commonly known as “box clocks”.

Mantel clocks weren’t designed for physical movement and therefore lack carrying handles. Some may have a second hand or subsidiary dials. The most lavish designs were made from ormolu and porcelain, though cases were generally made of mahogany, oak or rosewood. One of the most recognised style mantel clock is the French Empire. These were embellished with bronze statues of historical and mythological figures including Alexander the Great, Julius Caesar and the Greek Gods.

Who traditionally produced these clocks and when?

Carriage clocks were traditionally made in 19th Century France, though were also produced in America between 1880 and 1914. Mass production in America meant that they were subsequently less well regarded. American clock companies include the Boston Clock Co., Chelsea Clock Co. and the Vermont Clock Co.

Mantel clocks were commonly made in France from mid-18th century and onwards.

You can usually distinguish the maker of a clock by locating a maker’s mark (or company name). Though this may not be immediately apparent, the marker’s mark can be; engraved or printed near the centre or edge of the dial face, stamped or engraved on the backplate, or a paper label on the back or inside of the case.

How much do they cost?

In today’s vintage antiques market a carriage clock can generally cost anything between one hundred to many thousands of pounds; it all depends on the quality of the materials, who it’s made by and the condition of the piece (Have the feet been replaced? Is the veneer new? Are there any cracks or visible damage?). On the high end of the scale, a mantel clock by Simon Willard can cost between $50,000 and $250,000.

You can peruse our selection of vintage antiques including; clocks, timepieces and watches here.